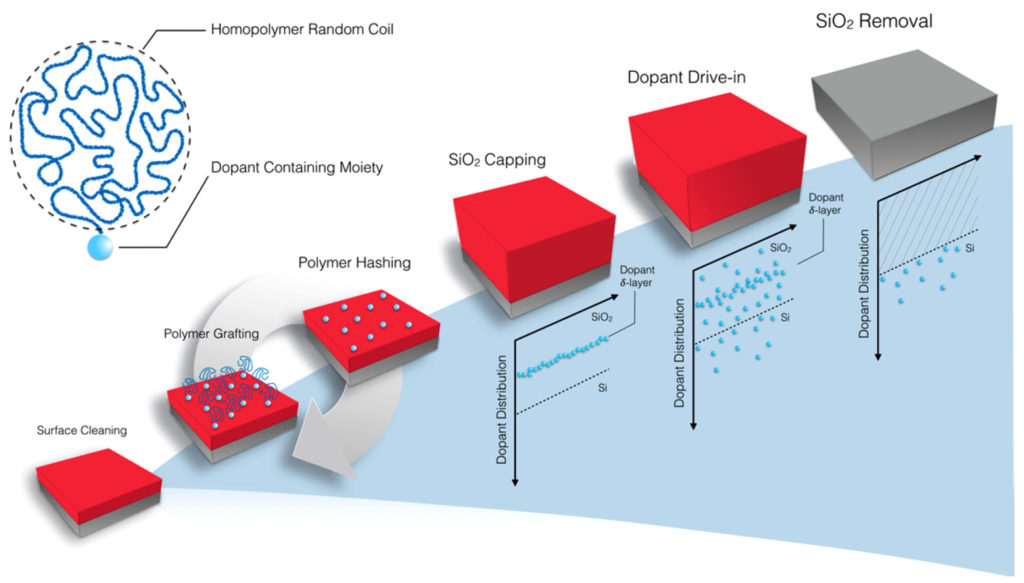 An effective bottom–up technology for precisely controlling the amount of dopant atoms tethered on silicon substrates has been presented. Polystyrene and poly (methyl methacrylate) polymers with narrow molecular weight distribution and end–terminated with a P–containing moiety were synthesized with different molar mass. The polymers were spin coated and subsequently end-grafted onto nondeglazed silicon substrates. P atoms were bonded to the surface during the grafting reaction, and their surface density was set by the polymer molar mass, according to the self-limiting nature of the “grafting to” reaction. Polymeric material was removed by O2 plasma hashing without affecting the tethered P–containing moieties on the surface. Repeated cycles of polymer grafting followed by plasma hashing led to a cumulative increase, at constant steps, in the dose of P atoms grafted to the silicon surface. P injection in the silicon substrate was promoted and precisely controlled by high–temperature thermal treatments. Sheet resistance measurements demonstrated effective doping of silicon substrate.